PROPERTIES FOR SALE IN FINESTRAT

FINESTRAT AND ITS HISTORY

A municipality with 20,000 years of history

The first indications of human settlements in what we now know as Finestrat may be around 20,000 years old. They were groups of hunters from the Upper Paleolithic that inhabited the caves and shelters of the Sierra Cortina, near the place known as Racó de les Bastides. Although it could not be verified, it is thought that there could also have been settlements of this type in the caves and shelters of the Puig Campana.

What is known is that of Bronze Age settlements on the southern slopes of Puig Campana and on other nearby hills. Undoubtedly, Finestrat was the ideal place for the location of towns, since its hills provided great visibility of the surroundings.

Iberians and Romans, two cultures that left their mark on Finestrat

Next to the Iberian town of La Cala has been found another, of Roman origin, from the time of the high empire. Apart from this town, today three more Roman villas are known, close to the town of Finestrat, whose inhabitants dedicated themselves to the production of wine, oil and cereals. Among the remains of these villas, mosaics have been found that demonstrate the continuous artistic and cultural activity that the arrival of the Romans represented for the area.

Thanks to the writings of an Arab traveler from the beginning of the 13th century, there is evidence of the existence of a palace in Finestrat, which he narrated in his texts. It is the oldest documentary reference of the current name of the town.

It is precisely the time of which we have more news. In fact, the location of the Castle named in various 13th century texts, “Hîns” Almohad that was conquered by Jaime I, and epicenter of the last revolts in Al-Arrak, is known, so its demolition was ordered.

In 1280, Pedro III, son of Jaime I, granted Carta Puebla to Finestrat. From 1336 we know of the existence of a church located in the Castell area. As of these dates, Finestrat and its inhabitants are the object of inheritances and exchanges of various stately families of the time. In 1513 it became the possession of Juan Coloma, Count of Elda, and in 1612, as a barony, it was part of the possessions of Fernando Pujades and Borja, Count of Anna.

The 18th and 19th centuries

The Castell, which was demolished and a few years later raised again, remained standing until the middle of the 18th century, as we have news of a neighbor from La Vila who was imprisoned in the dungeons of the Finestrat Castle at this time.

Around the 16th and 17th centuries, there is news of the existence of a tower in the vicinity of La Cala. These fortified enclosures are related to the looting caused by pirates who approached the coast and which are the origin of the Moors and Christians festivals. The inhabitants of the nearby villages descended towards the coast to defend it and hence Finestrat claimed a piece of the coastline, in compensation to those who helped protect it.

In the interior part of the term, the construction of the Sant Bertomeu church, the creation of the carrer Major and its union with the carrer Hostal represented the first expansion of the town to the west, thus defining on this date two spaces that undoubtedly have left its mark on the urban physiognomy.

The streets surrounding the Castell to Carrer Nou, Plaça del Poble, Plaça de la Torreta and Carrer de la Penya, correspond to the first nucleus of houses located on the northern slope of the hill where Castell was located and developed from medieval times to the modern era.

The rest of the urban nucleus, up to Carrer de l’Hort and Carrer Puig Campana, must have been built from the 18th-19th century, as evidenced by the fact that the street parallel to Carrer Major is called Carrer Darrere Cases, and that the Carrer de l’Hort was the path that led to the orchard. The last urban expansion, already in the middle of the 20th century in the northern part of the urban area, has shaped the current town.

Around 1797 the municipality was visited by Don Antonio Josef Cavanilles who, in his work “Observations on Natural History, Geography, Agriculture, Population and Fruit of the King of Valencia”, highlights the manufacture of esparto grass from a population of 476 souls.

Later, already in the 19th and early 20th centuries, the plaster industry was important. It should not be forgotten that the town sits on a gypsum hill and on its slope there are still remains of furnaces dedicated to this industry. 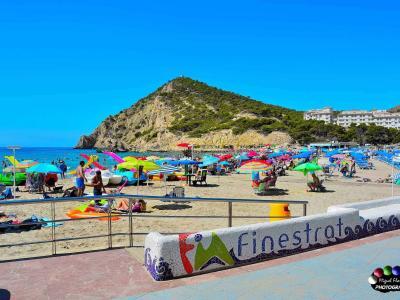 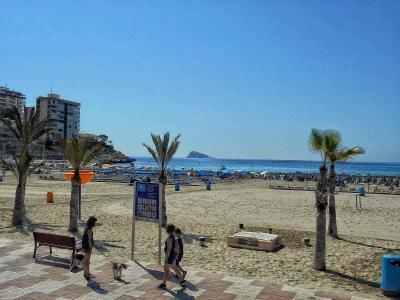 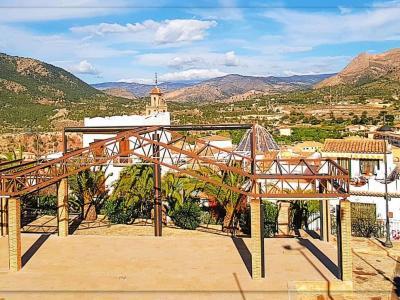 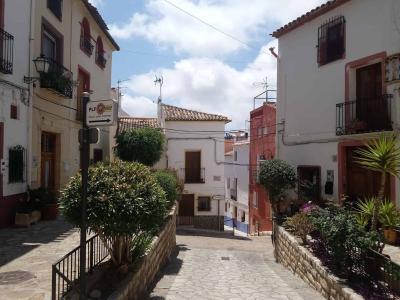 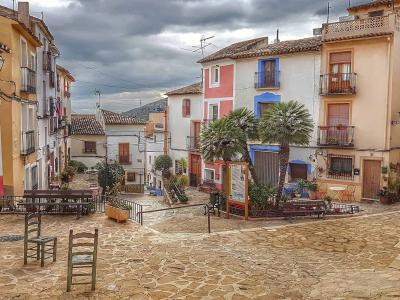