PROPERTIES FOR SALE IN TORRE PACHECO

TORRE PACHECO AND ITS HISTORY

Located in the plain of Campo de Cartagena, Torren Pacheco presents an almost total absence of mountainous reliefs, with the exception of Cabezo Gordo (312 m). It does not have permanent channels of water, although it does have a series of boulevards that flow into the Mar Menor in the rainy season or are lost inside the municipality. Among them we find the Ramblas de Santa Cruz, La Señora, Las Pedreñas and those of Los Camachos and La Maraña, the most important being the Rambla del Albujón, which practically marks the limit between the municipal terms of Torre Pacheco and Cartagena, to the south.

The materials that make up the land are of sedimentary origin (marl, sandstone and limestone) that were deposited on the Betic basement that underlies the subsoil. Slightly tilted towards the Mar Menor, the municipality lets you feel the influences of that sea and the Mediterranean, being semi-closed to the north by the mountains that delimit the Murcian pre-coastal depression: Columbares, Carrascoy, El Puerto, Escalona and Altaona; and to the south by the mountains of La Unión, Roldán, La Muela, Las Victorias and Cartagena, a fact that decisively influences its climate, with almost no year reaching rainfalls above 300 mm. These when they occur are torrential in nature. The maximum rainfall occurs in autumn and spring, the rainiest months being October and April. Its climate is semi-arid Mediterranean, with high temperatures, the annual average being 18 ° C. Summers are hot, although softened by sea breezes with an average of 25 ° C in August, mild winters with an average temperature of 10 ° C in January. During the summer months rainfall is very scarce, which, added to the high temperatures give it a marked aridity index.

The natural environment has been highly anthropized, especially from the 50s and 60s of the 20th century due to mechanization in agriculture and the subsequent development with the Tajo-Segura Transfer.

We can truly say that the settlement of the Torre Pacheco field began in Roman times with the different townspeople that dotted the geography of the Campo de Cartagena. An example of this is the Torre Pacheco Archaeological Letter prepared by Luis de Miquel, as well as coins and various ceramic remains found. A total of 16 villares located in the municipal term or in its vicinity, precursors of that dispersed settlement characteristic of this field and that will last until the 20th century.

After a long period in which these villages were inhabited by the Visigoth population or simply abandoned, we reached the Islamic period, in which most of the Muslim population settled in Murcia and its garden. However, we have news that makes us think that the countryside was inhabited with a certain population entity in that characteristic dispersed settlement originated from the Roman villagers, in this period being called rahales or rafales.

With the abandonment of the Mudejars of Campo de Cartagena, there was a period of depopulation that lasted some two hundred years, from the first land divisions (1268-1272) until the end of the 15th century or the beginning of the 16th century, when it was It is difficult to inhabit the plain due to the dangerousness of the incursions of the Moors from Granada and the penetrations of the Berbers from the sea, hence the need for defensive towers. The field would only be occupied by a few shepherds.

Starting in 1450, the Council of Murcia tried to repopulate its countryside and regularize the possession of those who already had properties here, granting a total of 1,168 donations, from that year to 1504. Based on the study of Ángel Luis Molina’s book on the Murcian countryside In the 15th century, a total of 66 concessions have been located on the late medieval map of Pocklington in the current municipality of Torre Pacheco, one of them was granted to Pero Pacheco on November 7, 1478.

The lineage that gives its name to the municipality and that for one hundred and forty years was linked to these lands, begins with Dean Luis Pacheco de Arróniz y Grimaldo who, by establishing the Parish of Nuestra Señora del Rosario in (1603), laid the foundations for the constitution of the current town of Torre Pacheco.

The relationship between Torre Pacheco and the trinitarians of the Murcia convent arises from the fact that the dean, two years before his death, leaves the census of his estates in Torre Pacheco to his nephew Juan Pacheco, a friar of the Order of the Holy Trinity of Murcia. This relationship between the Trinitarians and Torre Pacheco will last for more than two centuries, from 1618 until the confiscation of 1835, its existence in Torre Pacheco having been forgotten until the emergence in 1996 of the Trinitarios and Berberiscos Festivities allowed and made known part of this historical memory.
José Miguel Rodríguez Buendía

The history of Torre Pacheco is linked to its parish. In 1603, Luis de Pacheco y Arroniz, Dean of the Murcia Cathedral and chaplain of King Felipe III, ordered the building of a hermitage “under the pontificate of Clemente VIII, and during the reign of the Holy Catholic Majesty Felipe III, who freed us from the good work of the Moors ”, according to the founding tombstone that is preserved on the façade of the new Virgen del Rosario parish church, rescued from the old and primitive parish temple.

The tombstone reads like this “This church was dendixed and made parochial being Sumno Pontifice Clemente Octavo, King of Spain Don Philipe Tercero, Bishop of Cartagena Don Alonso Coloma and Dean Della Don Luis Pacheco de Arroniz, Chaplain of His Majesty and Lord of this farm. Year 1603 “.

The tower was built in 1704, according to another tombstone that says “Etta Torre was built and lengthened etta Yglefia at the expense of the devout parishioners, being his own priest D n Ag ll Del Baño. Year 1704 “.

The Torre Pacheco Town Hall was established on September 17, 1836, after two brief periods of segregation in 1814 and 1820, with its first Mayor being Mr. Mariano Iniesta. 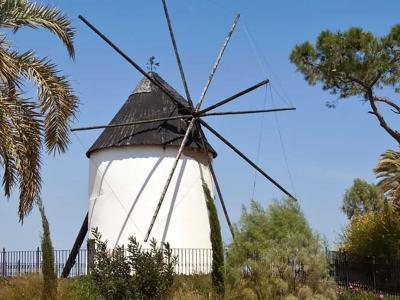 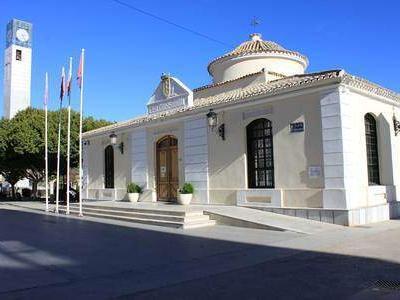 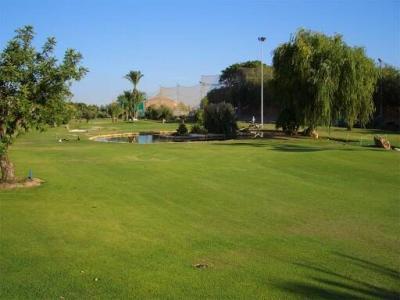