The birth of the municipality of San Pedro del Pinatar

In 1820, San Pedro del Pinatar tried to establish itself as a municipality, but the return of absolutism aborted the trial, making the town a place of the Murcian term. When Fernando VII dies, the country returns to the Constitution and under the protection of liberal laws. In this political context, San Pedro del Pinatar wanted to segregate from Murcia and become a City Council on September 16, 1836. The first mayor would be José Imbernón Ruíz. The authorities of Pinar del Río worked to obtain a Maritime Customs and they obtained it in 1857. As a consequence, the point of El Mojón was designated as “pier-port enabled for the cabotage trade”.
The Law of June 16, 1869 deprived San Pedro del Pinatar of the monopoly on salt, leaving the salt flats for sale. They were bought by Don Manuel García Coterillo, to whom they owe their name, and later they were acquired by a group of Murcian businessmen, who would constitute the Commonwealth of Salinas Marítimas de San Pedro del Pinatar. Currently they belong to the Spanish Salinera.

In the last remnants of the 19th century, San Pedro del Pinatar was a population bathed by two seas, in which simple salineros, artisans, fishermen, muleteers, blacksmiths, fishmongers and other guilds coexisted with famous figures from the Spanish scene. It is the time of figures such as Emilio Castelar, the Baron of Benifayó, the industrialist Manuel García Coterillo, the doctors Perpén and Ferrero, the descendants of the Count of Floridablanca, the Marquis of Ensenada, the Countess of Tetuán, and an endless number of personalities.
The politician and speaker Don Emilio Castelar y Ripoll, who had been president of the Executive Power of the First Spanish Republic, died in 1899 in San Pedro del Pinatar, while staying in Villa San Sebastián, the large house that the Servet-Spottorno family owned in the town and which is currently known as Casa del Reloj. A few months earlier, the baron of Benifayó, Don Julio Falcó d’Adda, belonging to the Italian house of Savoy, had died in his palace house in Las Esperanzas.

First half of the 20th century in San Pedro del Pinatar

San Pedro del Pinatar starts the 20th century with optimism, being a town where families of Spanish nobility spend the summer and where the inhabitants of La Huerta spend their holidays. The people of Pinar del Río continue to occupy themselves with traditional tasks such as fishing and agriculture, although the latter accuses the eternal difficulties imposed by the scarcity of land and the drought, which they tried to alleviate, raising groundwater with water wheels and ditches.
The working of the salt flats was one of the main economic activities since time immemorial and an inexhaustible source of work. The mills of Quintín and Ezequiela still remain as relics, with which he took advantage of wind energy to transfer the water from the Mar Menor to the Salinas. The plundering and fires caused by the Civil War led to the restoration of the church of San Pedro inside and the purchase of new images to replace the disappeared ones.

In the 1960s, the tourist phenomenon began in San Pedro del Pinatar and its surroundings, which will lead to a great economic takeoff and the creation of a multitude of jobs in construction and services. The demographic advance caused by the increase in the standard of living, throws up population figures that can double between 1971 and 1991, going from 6,637 to 13,400 inhabitants, in just twenty years. Turned into one of the great tourist destinations of the Costa Cálida and endowed with an extensive commercial activity, San Pedro del Pinatar is also a fishing municipality.
Its fishing fleet operates in the Mediterranean Sea and the Mar Menor, from where it extracts the most sought-after species on the market: sea bream, sole, mullet and mullet. The Salinas de San Pedro del Pinatar continue to be an inexhaustible source of income and were declared a Regional Park in 1985. In this natural area you can admire salt flats, salt marshes, reeds, beaches, dunes, pine forests and canyons. A health tourism has proliferated around them, attracted by the therapeutic properties of the waters rich in mineral salts of this wetland. Agriculture, fishing, industry and services are the pillars of the prosperous economy of Pinartarense, one of the highest income per capita in the Region of Murcia. 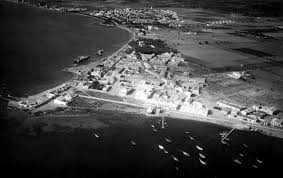 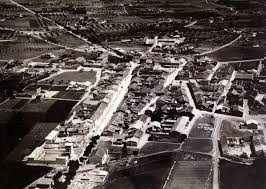 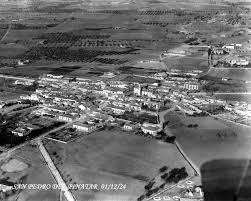 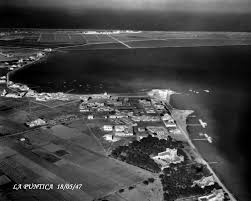 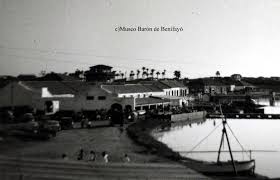